I'm I owe you guys a real post. An update. One with real words and not just pictures.  Don't worry, there will still be pictures. My muse is too adorable not to share.
Time is fleeting. It's all true. What they say about how fast they grow up. Kyle has done so much in the last 6 months it simply blows my mind. 6 months. Yes. 6 months. Wow.
In honor of such a big milestone, half a year, let's do a quick recap.
Born 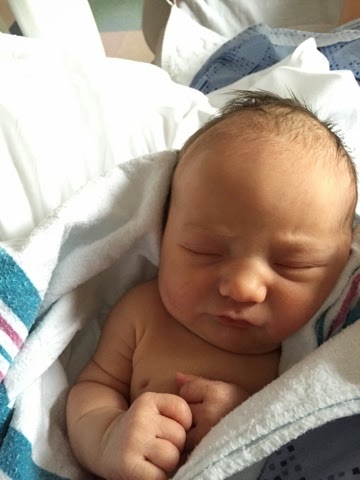 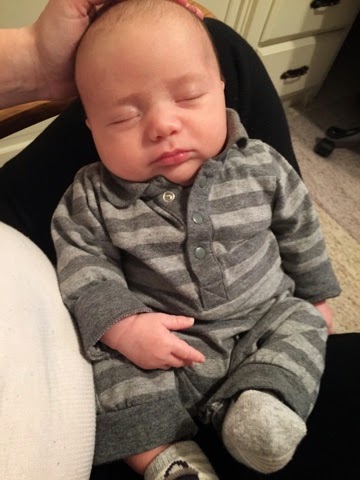 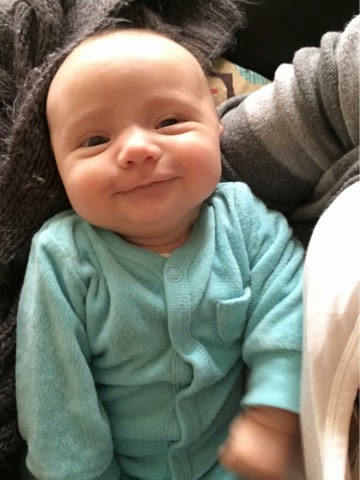 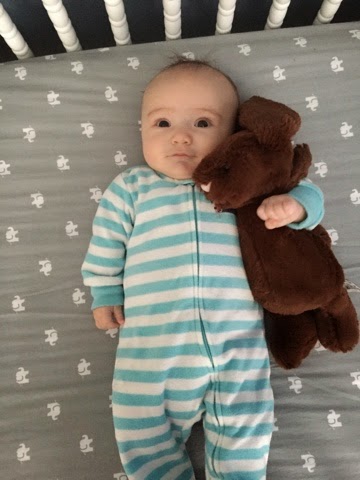 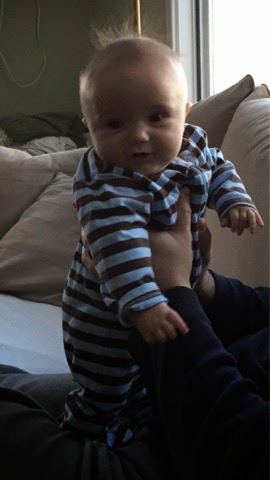 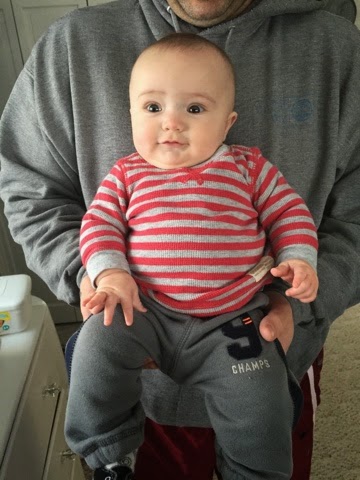 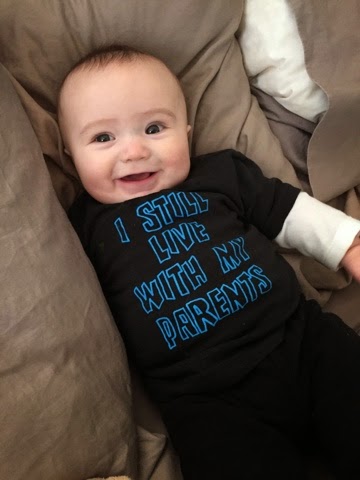 Weight & Length: his 6 month appointment isn't until next week but I think he's about 16 pounds and 25-26ish inches?
Food:  He is eating solid food! He's tried; green beans, carrots, pears, bananas, apples, peaches, sweet potatoes,  rice cereal and oatmeal. So far he likes it all, his favorite being carrots and rice cereal. Apples make his cheeks turn red so we stay away from those until I can check with the doctor to make sure it's ok. He drinks three - 6 ounce bottles a day and nurses twice, for probably another 10ish ounces. 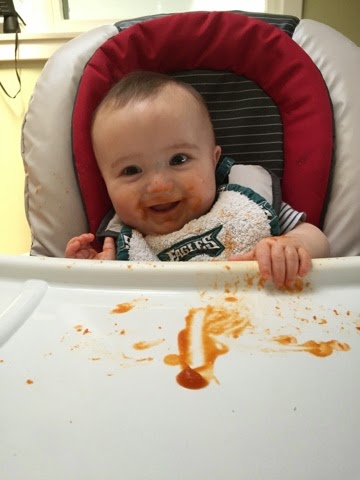 Sleep: he started sleeping through the night at 9 weeks but still has yet to do it consistently. It's usually 4 days on then 1 or 2 days off. He goes down at 7 & wakes at 5:30 with my alarm. If he wakes in the night it's usually at 3:00 - 3:30. Steve and I take turns getting up but I seem to get more turns. That's OK.  I love the extra snuggles. He won't be this little forever. We throw around the idea of sleep training but it's just not the right thing for our family at this time. We enjoy the rocking and the cuddles and the love. Maybe in the future. Who knows. Kyle slept in about every place you could imagine for the first 9 weeks of his life then pretty consistently in his RNP until at around 4 1/2 months he decided he was done with it. Then we moved his crib into our room and that is where he sleeps. Again, we toss around the idea of moving him into his room but it's not right for our family just yet. But he still loves his weekend snuggle naps. So do I. 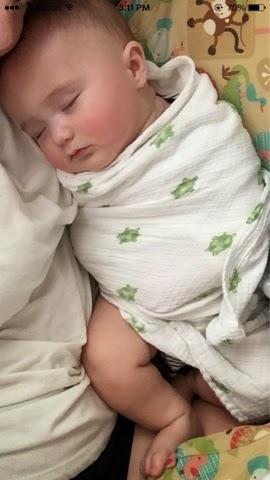 Likes/dislikes: Kyle is such a happy kid, I'm hard pressed to pick one thing. He likes being naked. He likes bath time a whole lot because of this! He sometimes takes showers with Daddy and doesn't even seem to mind the water in his face. He hates getting out of the bath and getting dressed. He loves to sing. He is equally a fan of hearing you sing as he is a fan of singing to you. I tell him all the time that he "has a beautiful singer that he got from his nana". He loves chewing on rings, Morty the moose, eating solid food, breastfeeding, his puppy. Oh how he loves his puppy. They are best friends. 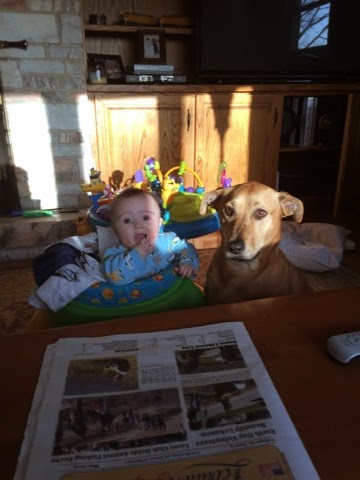 Milestones:
-Rolls both ways, fast!
-Sits up by himself
-Eats solid food
-Says Dada
Kyle is such a happy baby. I feel so lucky to be his Momma on a daily basis. His laugh brightens my day his hugs make my heart swell. We are truely blessed!
Posted by Heidi at 5:20 PM 6 comments: 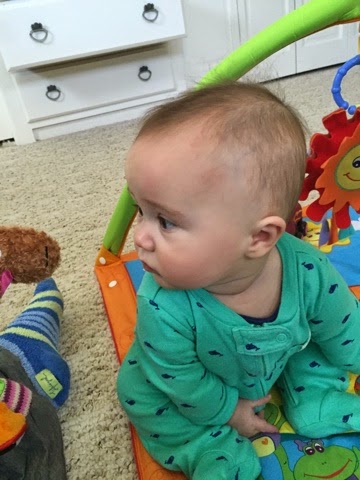 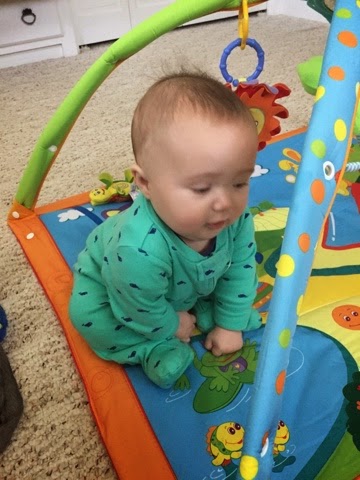 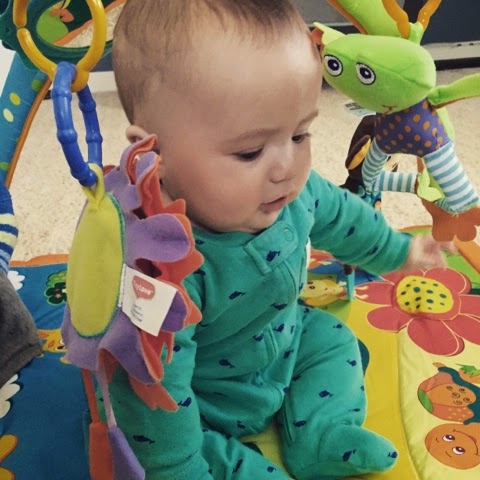 My Weekend in Pictures 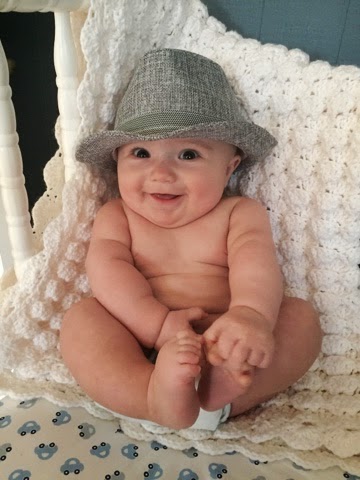 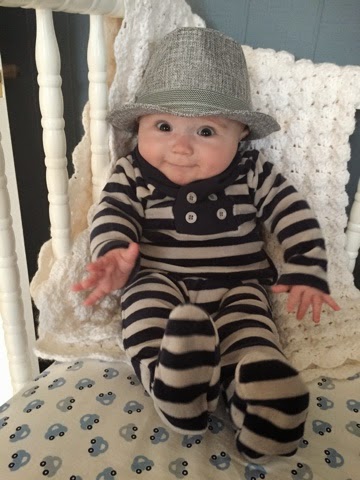 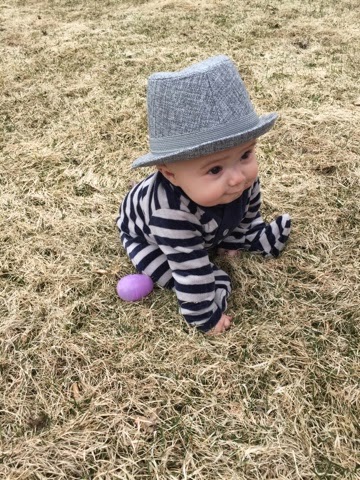 Where's the egg Momma? P. S. Anyone notice the "sitter"? 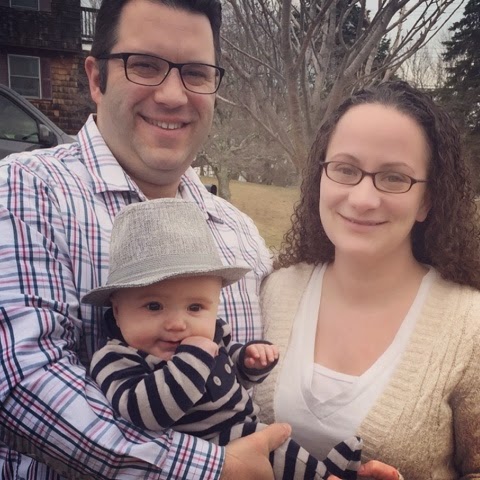 Hope your Easter was filled with love like ours! And hopefully a little more sleep!
Posted by Heidi at 5:39 PM 9 comments:

Heidi
30 something on a journey through adulthood via infertility.